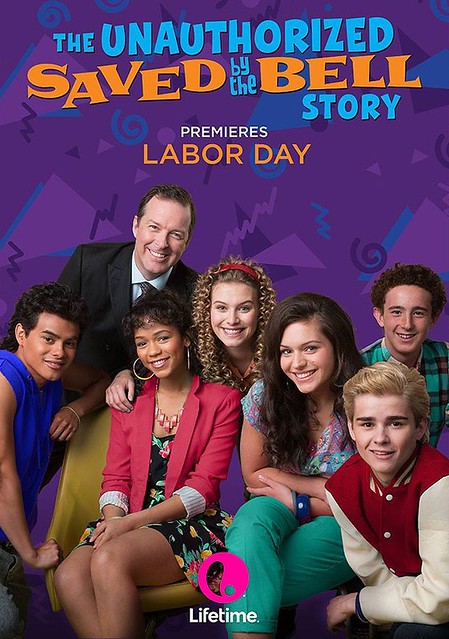 I’ve been attempting to write my review of The Unauthorized Saved By The Bell Story for the past week. I was feeling a bit stuck until Lena Webb gave me the encouraging nudge I needed. 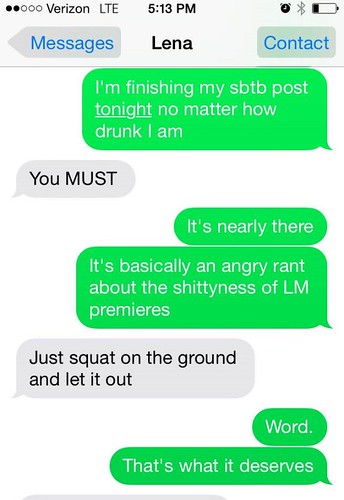 It was bad, people. BAD. And not the engagingly bizarre type of bad that Lifetime does best (idea: Engagingly Bizarre should be the network’s new tag line). No – it was just regular boring bad, like Dance Moms or that Kim whatever show.

Plus for all the talk about it being “Unauthorized,” it was rated TV-PG. Talk about being set up to fail. 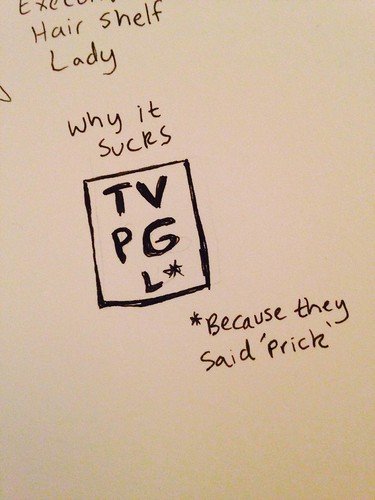 Unauthorized is, as Lena noted, basically Screech’s Story: Please Feel Bad for Me. In addition to making simulated Screech WAY cuter than actual Dustin Diamond (Mr. Max and I had to explain to Lena that no, Screech was not “a little bit cute”), they also frame him as a Mr. Nice Guy Who Can’t Catch a Break. I find this confusing. Is playing a dorky role on network television THAT awful? Even if you don’t make the cover of Teen Beat, there’s still fame and money and stuff. Do it for a couple of years and then go to art school or whatever.

(Fun fact: I went to college with Little Pete from Pete and Pete and everyone acted totally starstruck around him even though he played a chubby little ginger kid. You would’ve thought the guy was Tom Cruise or something.)

Lifetime knew how to market this movie to snarky mid-30s nostalgia hounds. In the weeks leading up to the premiere, my twitter feed was littered with excited/sarcastic anticipatory tweets. The promo certainly seemed to hold promise:

Unlike Lena, I watched pretty much every awful thing on TV as a kid and Saved By The Bell was no exception. However, I ranked it only slightly above Eureeka’s Castle in terms of watchability (i.e., barely). SBTB was just so boring and tame – a soap opera about teenagers written for babies. Why suffer through that when you could sneak out of bed and watch 90210? That shit was at least salacious.

I will note that Mr. Max and I once watched the SBTB post-college TV movie, and that was gloriously awful. But the actual show? Nope.

I’m starting to see a pattern emerge with Lifetime’s “star”-studded premieres. They whip the ironic Lifetime bloggers into a frenzy with something that sounds too good to be true (Lindsay Lohan as Elizabeth Taylor! Christina Ricci as Lizzie Borden!) and then crap out some cheap A&E docudrama and everyone has to try and pretend to be amused because we bought all this alcohol and Chinese food already.

My thoughts on the matter solidified after watching a classic daytime Lifetime movie last Sunday morning. It was A Sister’s Nightmare (Review coming soon!), and it was beautiful in its minimalism. No premiere, no fanfare, no stars – just a cheesy synthesizer score, dumb cops, a washed up 90s actress, and a few weird plot holes. And it was a billion times more entertaining than ANY of the recent crap they’ve been hyping lately.

Cue strings for my closing paragraph.This is my credo: Real Lifetime movies don’t “premiere”, they just… appear. Usually in the afternoon. They hum in the background while you’re folding laundry or surfing the Internet. You don’t even intend to watch them, but suddenly it’s 2 hours later and you can’t get up and take a shower because you have to know whether or not the husband is really evil. Real Lifetime movies don’t have celebrity stars — they have “that guy from that thing,” or the girl who was in a straight to video sequel to Poison Ivy. They don’t need production values or pop music scores or celebrities or social media marketing. They’re lazy and sloppy and confusing and unprofessional and that’s okay because we love them just the way they are.

So stop screwing with the formula.