Top Lifetime and Hallmark Genres of 2015: An Exhaustive/Exhausting List

Everyone uses the end of the year as an excuse to come up with a list of useless rankings, and I’m no different. Except instead of analyzing things of actual merit, I’m using my time on earth to categorize the (realistically) dozens of Hallmark and Lifetime movies I’ve watched over the year. While Lifetime’s premieres have been over-hyped and annoying, I’ve still found plenty of solid Canadian-made entertainment on the Hallmark Channel (and non-prime-time Lifetime). So let’s ring in 2016 with a look back at 2015’s top movies made for TV… for ladies.

Back in MY day, Lifetime heroines were either marketing directors or PR executives. Well, blame Iron Chef because marketing is OUT and hospitality is the hot new lady fantasy career. Now it’s all tales of passionate pastry chefs and rebellious restaurateurs, complete with lingering shots of souffles and kitchen montages. For some reason these Chef flicks are usually romances, and the arc is almost always the same: the Chef is a workaholic kitchen magician who can make anything… except love. They either feature a single Chef’s adventures in romance, or a pair of star-crossed food artisans (Chef-on-Chef Romance?). 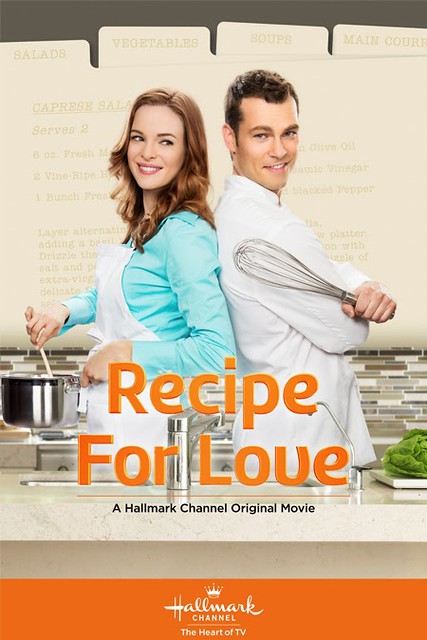 Case Study: The first movie I ever saw in this genre was Recipe for Love, starring Danielle Panabaker (…?) and Shawn Roberts (who eagle-eyed viewers will remember as Paige’s rapist from Degrassi The Next Generation). I should note that Shawn Roberts bears a striking resemblance to Justin Bruening, who played basically the same character (obnoxious/brilliant/but mostly obnoxious celebrated Chef) in a few episodes of Switched at Birth. 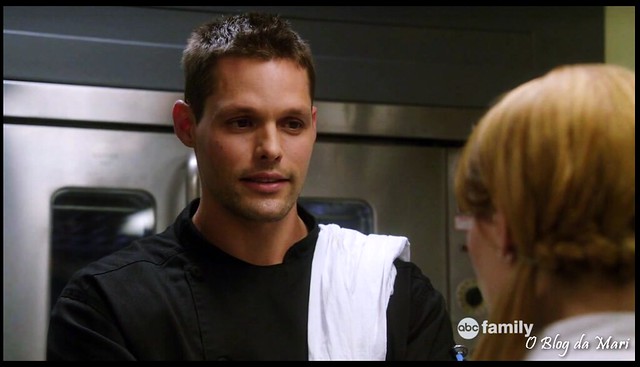 Here, our heroine is a young upstart working in a test kitchen. Her boss gives her a special assignment: assist Bad Boy Celebrity Chef in writing his latest cookbook, which is delayed because he’s creative and therefore irritatingly irresponsible. Just like in the nearly identical plot in Switched At Birth, Bad Boy Chef initially clashes with Young Upstart, then romance blooms and they learn and grow together. Fun Fact: Bad Boy Chef’s name is “Dexter Durant” which sounds like a character name a sixth grader would come up with. Also, Mr. Max only ever refers to Shawn Roberts as “Canadian Stifler.” 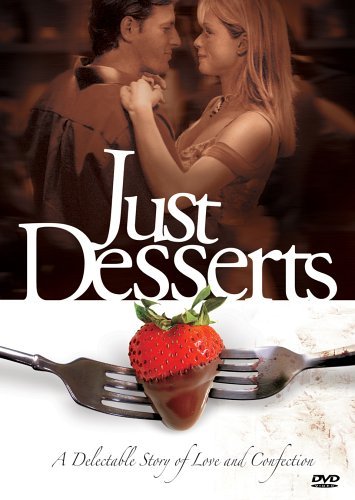 An offshoot of Chef Romance, this always features a baking competition as a story device. In Just Desserts, two pastry Chefs reluctantly enter a competition together so Dude Baker can save his failing family business. This checks off most of Hallmark’s possible plot points (Saving the Failing Family Business, Chef Romance, and even Conflict Free Love Triangle since Lady Baker politely dumps her boring rich fiancée for free-spirited Dude Baker). There’s lots of shots of careful sifting and chocolate tempering and flour-y, furrowed brows. I slurp these movies up because I go through British Baking Show withdrawal and this is the next best thing– like when you crave a chocolatey dessert but all you have are baking chips so you just eat those straight out of the bag.

Basically a cross between Chef Romance and City Girl Comes Home To the Country (see below). The first one that comes to mind is The Chateau Meroux, in which a woman and her best friend move to the California countryside to run her estranged father’s failing winery. There’s also the Julie Benz one – oh, wait, that doesn’t help because Julie Benz is in 6,500 Hallmark movies. To be more specific, it’s called Uncorked and stars Benz as a high-powered executive who loses her job but finds love with a widower on his picturesque winery. I don’t really remember much about that one other than Julie Benz does this annoying Jessica Rabbit voice throughout.

Everything Julia Benz says sounds like she’s having sex #uncorked

This genre is pretty much confined to the Hallmark Channel and sappy Lifetime Christmas movies. It’s like a normal love triangle plot – one girl with two guys trying to win her affection – except no one ever gets mad or fights each other. Guy #1 is almost always rich and successful, but kind of bland. Guy #2 is more rustic/lumberjacky. Eventually guy #1 does something that makes us realize he’s wrong for her (In A Wish Come True, it’s that he doesn’t like puppies, booo!) and Heroine realizes she must follow her heart… right over to that guy in the plaid shirt. Guy #1 is kinda sad but then agrees that Guy #2 is the best choice and they split amicably. This happens in many, many movies – check out my review of A Wish Come True for a classic example. 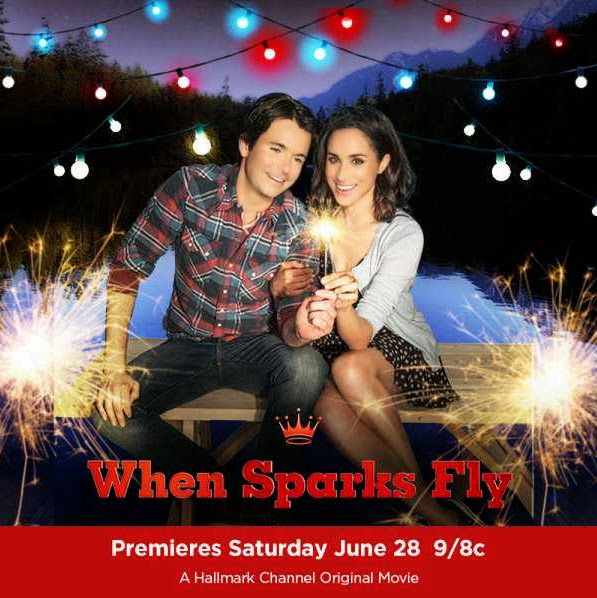 In almost all of these, our heroine is living large in the big city with a fancy job and a handsome but indifferent boyfriend. When her family business/farm needs help, she heads back home to find out what’s really important (and usually reconnect with an old boyfriend). When Sparks Fly follows this formula so perfectly that I’m just going to quote right from Hallmark’s summary:

“Young journalist Amy Peterson (Meghan Markle) is not as happy with her big city life as she’d hoped and it’s starting to show in her work. She’s also not thrilled with her current boyfriend, Phil (Lochlyn Munro), a GQ-handsome businessman who doesn’t quite click with her. When circulation at the “Chicago Post” starts to wane, Amy’s editor sends her back to her hometown to write an article about growing up in her parents’ (Keith MacKechnie and Jacqueline Samuda) fireworks business. With the Fourth of July at hand, this human-interest story will be just what the “Chicago Post” needs.”

Most of these segue right into Conflict Free Love Triangle, with the GQ boyfriend quietly stepping aside. Another choice example is Growing the Big One, a Hallmark movie starring Shannen Doherty that would totally win that game where you come up with movie titles that seem like they’re about poop. In this one, Shannen Doherty is a radio DJ who inherits the family farm and must win a pumpkin growing contest to save it from foreclosure. 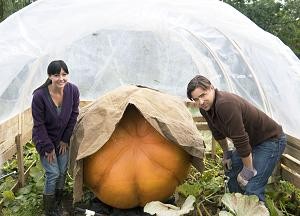 How could I NOT include this amazing picture of a huge plastic ball that DEFINITELY looks nothing like a real pumpkin.

The best part of this genre is that you can make up new movies just by mad-libbing the basic plot formula:

A high-powered (professional job title) from (United States City) must return home to (Cutesy made up small town name, a la Stars Hollow) to save the family (old timey business). Will her former flame (cowboy-ish guy’s name) give her a reason to kiss city life goodbye? Tune in at 10AM on Sunday to find out. .

Another awesome example is Christmas in the City, a Lifetime movie where the lead lady takes a high-paying job in a department store’s toy department (?) to save her family’s failing candy shop. The store’s new manager is evil and Christmas-hating, and fires the kindly old man who works as the department store Santa. It turns out that Kindly Old Man is actually the REAL Santa Claus (!!!), which leads me to my next genre…. 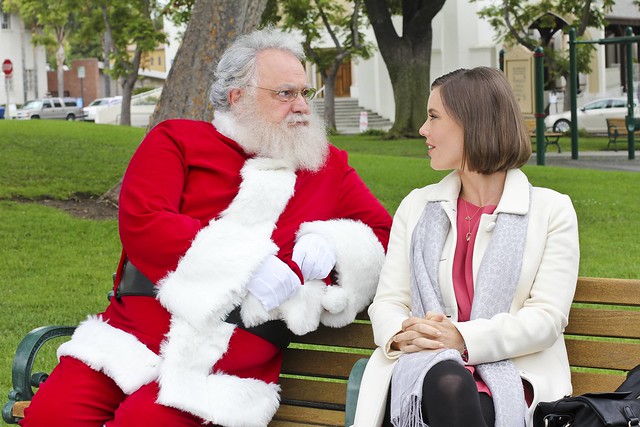 It’s disturbing how many Lifetime movies contain a subplot in which Santa Claus is real. I guess it’s a handy deus ex machina for when you don’t know how to end something. The family bookstore is about to be sold? It’s okay, that guy on the park bench with the beard is actually Santa and he winked and now sales are up! Christmas on the Bayou sadly features Ed Asner in the role of Real Santa Claus, and the main arc is resolved when he grants a little boy’s wish for it to snow in the deep south (which might be the dumbest use of a wish ever). We watched this one over Christmas and had to turn it off when the kid actor started singing in a really irritating way so I missed the last scene or two. 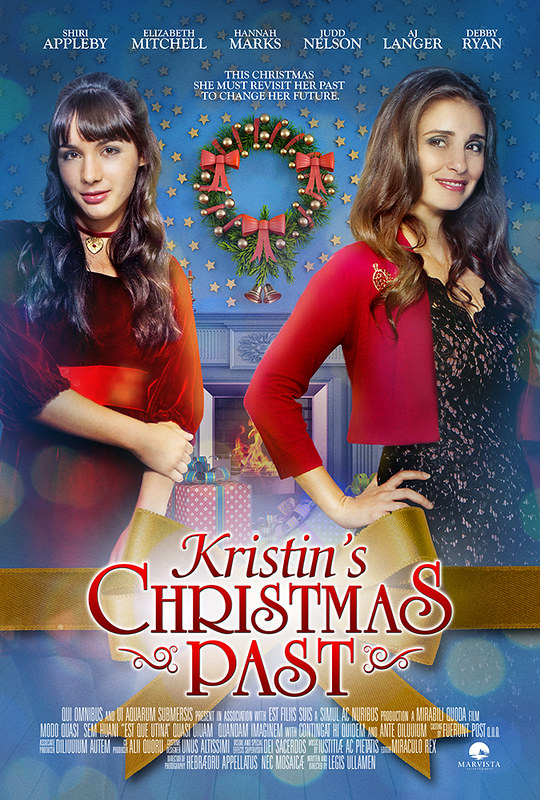 Along the same lines as ‘Santa is Real’, this Lifetime/Hallmark genre is peppered into lots of their “regular” movies. You’re watching some mild chick flick romance when BOOM someone’s birthday wishes start coming true, or the protagonist finds a magic bottle of wine that turns her into a teenager. Actual speculative fiction understands that it has to flesh out a believable fantasy world — as in, you can’t just add unexpected wizards to a regular courtroom drama and have people “get it.” But on Lifetime or Hallmark (or the Disney Channel) they feel free to throw that crap in with no warning whatsoever.

I touched on this in my review of A Royal Christmas. You would think this kind of thing was a one-off, but there’s actually an entirely different Hallmark movie that’s ALSO about imaginary Kings and Princes. In A Princess for Christmas, a woman learns about her secretly royal extended family when she becomes the guardian of her orphaned niece and nephew. Production Note: The royal stuff must sound as fake as possible (“Cordinia”, “Duke of Castlebury Hall”, etc.) 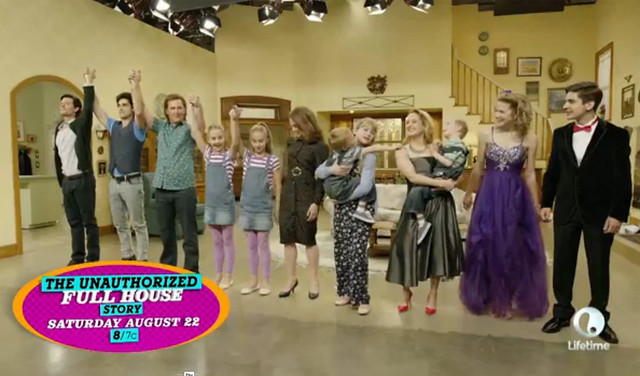 The most disappointing of all the new Lifetime genres, these marketing extravaganzas coldly exploit 30-something nostalgia for trash entertainment. I’ve been sitting out the more recent premieres, but you can find our original reviews of the over-hyped Saved By The Bell Movie here:

When the Bell goes Off: Lifetime’s worst yet

There’s probably some Freudian basis for these, but basically they are what they sound like: someone shows up claiming to be a long-lost daughter/sister/mother and we spend the rest of the movie trying to figure who’s going to be pushing who down the stairs. A Wife’s Nightmare features a long-lost daughter as the fake family member. At the end of these the nuclear family is restored, unless Dad was in on it or mom was insane and the whole thing was a delusional fantasy.

It’s a classic theme that’s been going strong for over a decade,  but it’s worth another mention here. There are several films in “The (insert noun) S/He (Blank) Online” genre, but The Bride He Bought Online was probably the best of 2015. In it, a group of popular teen girls seduce a computer nerd online in order to extort cash. It was kind of weird that they made him a computer programmer, because Lifetime clearly has no idea what that means:

guys, the “computer programmer” in #thebrideheboughtonline just got a cake box in the mail… and it was “software”

But in the end, I couldn’t really argue with their theme: