The best bad television occurs between the hours of 11AM and 4PM. Unfortunately, I’m usually otherwise engaged during this un-prime TV time. Thanks to this week’s holiday, I was able to hit The Hallmark Channel mid-day to catch a true modern classic: A Royal Christmas.* 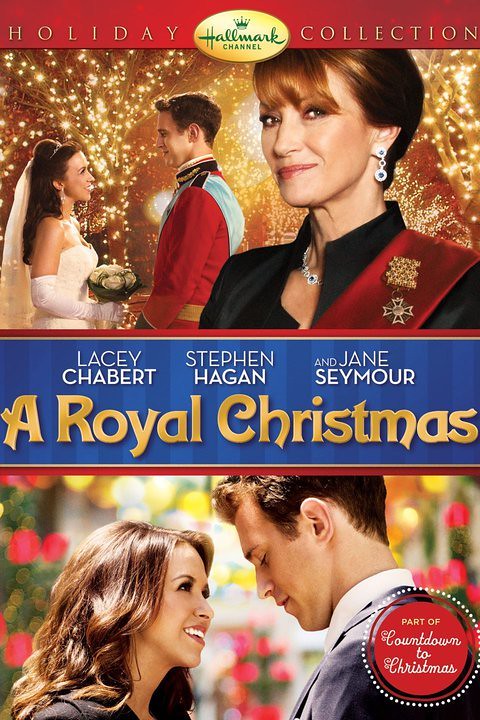 *No, you’re not stroking out — it’s still July. The Hallmark Channel believes that summer is sorely lacking in the winter holiday department, and they’ve remedied that with their summer movie theme: “Christmas in July.” My theory is that the Hallmark Channel is actually a four-year-old who can’t accept that Christmas is really over.

A Royal Christmas stars Lacey Chabert, which shouldn’t come as a surprise because (no exaggeration) she is in all Hallmark Movies. Seriously. There were previews for two OTHER Lacey Chabert Christmas movies during this one. The only person who is in more Hallmark movies is Charisma Carpenter, and I imagine she lives her entire life on the Hallmark lot nibbling on leftovers from that show about the lady who solves crimes and bakes cakes.

Ahem. Back to the plot. Lacey Chabert plays the plucky daughter of a working class tailor who’s got a sassy female friend, a job at her dad’s shop, and a dashing English boyfriend. But hold up! English Boyfriend reveals he’s actually a secret Prince (!) of a made-up country called Cordinia and they both should go there to meet his mom (AKA the queen) in their family castle. Yes, this exposition makes Hannah Montana seem like gritty realism. 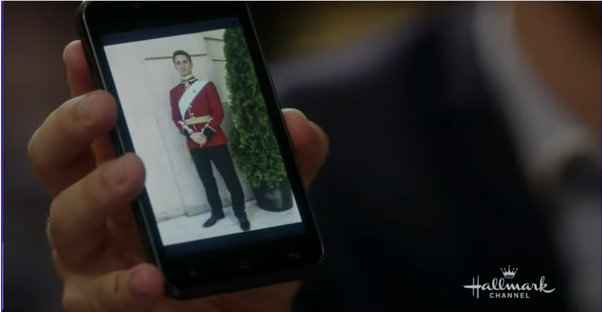 So they go to Cordinia. Queen Mom is played by Jane Seymour, and they don’t even pretend for ONE MINUTE that this isn’t the biggest rip-off of Julie Andrews’ performance in The Princess Diaries. 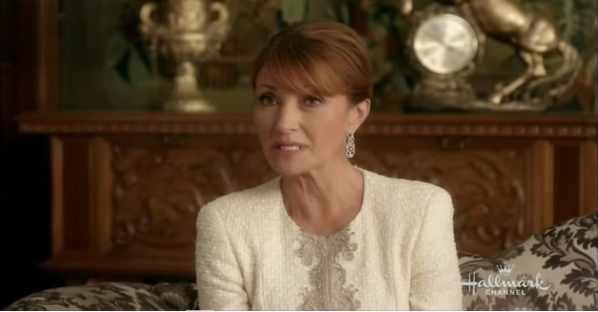 Queen Mom is bitchy and prim and wants her son to marry another royal, not a lowly commoner. Hallmark doesn’t really know how to depict uppity rich people, so they play string quartet music whenever she’s in a scene. I knew I had to write this review when they showed her listening to a classical music arrangement of “The Twelve Days of Christmas” over breakfast. Because that’s what FANCY people do.

Then they start spontaneously dancing in a ballroom that looks exactly like a VFW hall banquet facility. 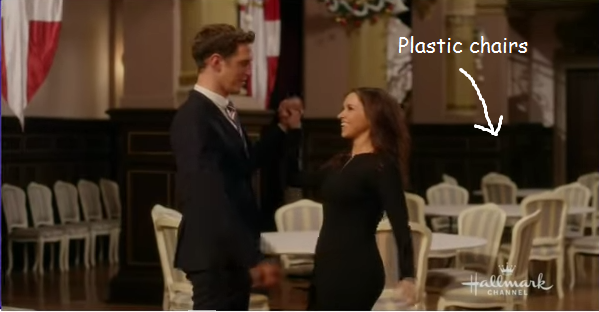 Queen Mom arranges a dinner party with a bunch of young royals. It should be noted that the score alternates between Time Life library classical music and wacky incidental faux-bo straight out of Keeping up with the Kardashians. At the dinner, Lacey drinks out of the finger bowl and puts her foot in her mouth with one of the royals (who happens to be infertile). Everyone gasps but Queen Mom’s all smiles because she’s sneakily trying to get Cordinian Boyfriend back with his childhood love, Bitchy Natasha, who’s some kind of Duchess.

Cordinian Boyfriend Basics
Cordinian Boyfriend has no personality. He only exists to be a perfect boyfriend.
Sample Dialogue:
Boyfriend busts in while Lacey is wearing a bathrobe/mud mask
Lacey: “I look hideous”
Boyfriend: “I like your hideous look” (no sarcasm, he is supportive of everything)

Lacey is invited to accompany Cordinian Boyfriend to the big fancy ball at the castle. Queen Mom gives her an old ugly dress and says since she’s a seamstress she should be able to alter it to fit. So now gaining in-law approval is a Project Runway challenge? Meanwhile, nice butler Victor (Lacey is tight with all the household help) helps her learn how to dance the waltz and act like a lady, Pygmalion style. This exact montage might have happened in Beauty and the Beast. Or maybe it’s just that Lacey Chabert has the voice of a straight-up Disney Princess.

Lacey turns the ugly dress into a big poofy Strawberry Shortcake dress and everyone oohs and aahs. 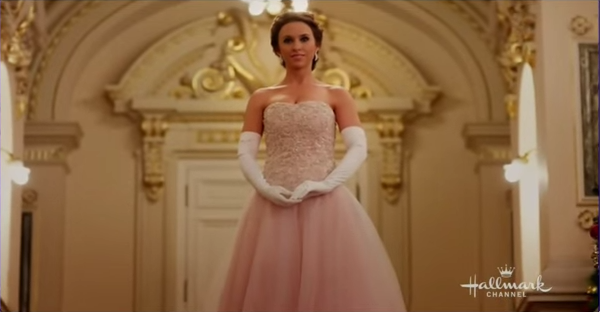 The ball is a success until Cordinian Boyfriend has to dance with Bitchy Natasha (because it’s a royal tradition and she’s pushy). Lacey runs away to hang with her servant pals but she finds out Queen Mom fired them for being too friendly with Lacey. It’s all Lacey’s fault so she runs back home to the States and breaks things off with Cordinian Boyfriend.

30 seconds pass and Queen Mom realizes she was being a huge bitch. She decides that Cordinian Boyfriend should follow his true love and tells him to run after Lacey. There’s a gooey proposal scene and then we cut to their wedding which appears to be happening at a Medieval Times. 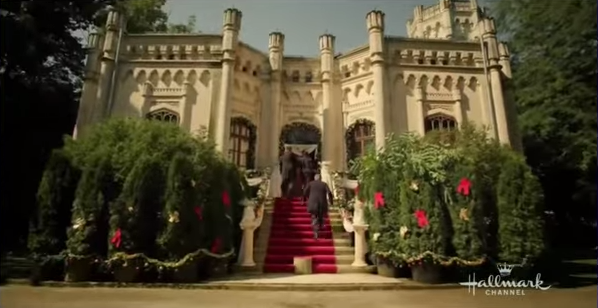 Our four course meal will satisfy even the hungriest of knights!

Then it starts snowing and it’s already Christmas again because I guess it takes a year to plan a big dumb wedding. The end!

Also Queen Mom ends up with the butler.

Overall Rating: Soft and conflict-free, this movie is like watching a slightly less abstract laser light show. Don’t think too hard, just enjoy relaxing while your eyes glaze upon some pretty visuals. (I mistyped that but I like it and I’m leaving it.)