5 Reasons You Should Just Wait for Little Pete

…but I used to be 13 year old girl who watched too much TV. And back in the early 90s, I watched ALL the Snick shows. And like any flannel-wearing, wanna-be weirdo, I loved The Adventures of Pete and Pete. (Mandatory nostalgia-inducing YouTube of the opening theme):

And — true confession time — I may have loved Big Pete. I thought he was deep, complex, and sensitive — and I wasn’t the only one. All of my female friends (bespectacled, played a classical instrument outside of school, familiar with Watership Down — you know the type) – ADORED Big Pete. So much so that we (may have) developed crushes on several undeserving real-life red-haired nerds. But boy were we wrong.

Me and Mr. Max are currently rewatching The Adventures of Pete and Pete for the first time since childhood, and the truth is undeniable: Big Pete would make a terrible boyfriend. TERRIBLE. Ladies – steel yourself against those piercing blue eyes and take a second look at…. Little Pete. Yes, Little Pete. Sure, he’s young. But give him ten years and he’d be the perfect boyfriend. Here’s why:

5 REASONS YOU SHOULD WAIT FOR LITTLE PETE 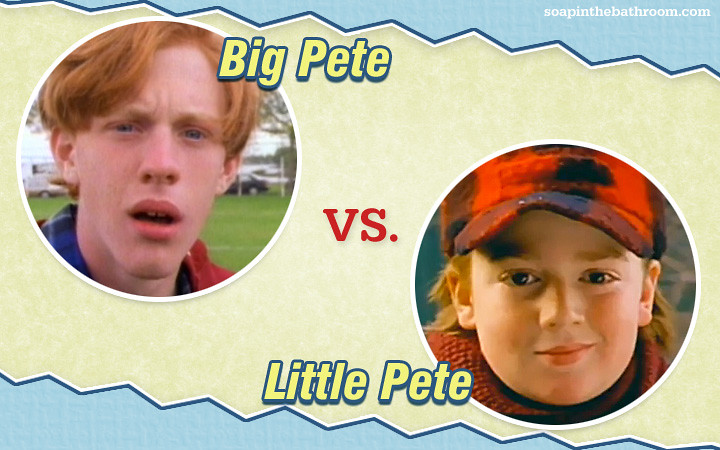 1) Little Pete is full of Joie De Vivre, Big Pete = Big Wet Blanket
Big Pete mopes through so many episodes it’s impossible to list them all – he drags himself around the Hoover Dam, he stares winsomely across the football field… he even mopes in the opening credits. 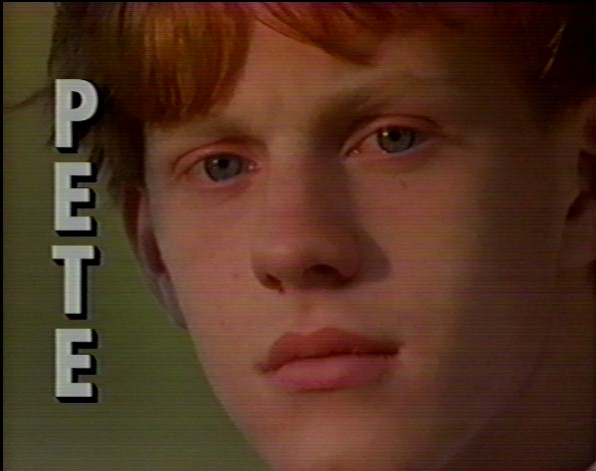 Sure, he’s loud and hyperactive. But he also has a rich and varied life, including meaningful friendships, a loving pet (Gary), and his very own radio show (ambitious!). He was the only one with the guts to answer the mysterious ringing payphone. Does Big Pete even have interests? Or friends (besides his ‘it’s complicated’ status with Ellen)? No. Big Pete does not know how to embrace life. He only knows how to complain. When you’re a 14 year old guy with good cheekbones, this might make you ‘cool.’ When you’re nearing 30, it makes you insufferable.

2) Little Pete Knows How To DEAL
In the episode Don’t Tread on Pete, Big Pete finds out about a history test the lunch period before class. Okay, we’ve all been there. But Pete takes it a step further – he envisions life as the school janitor, another person who “failed to live up to his promise.” Because… he might get a B. (He says ‘fail’, but he’s an A student so we’re talking about a B overall). As Liz Lemon would say, this is a dealbreaker. An ideal mate needs to have some ability to deal with minor disappointment. Otherwise you end up with one of those House Hunters husbands who throws a shit fit about the size of the backyard pool.

You know who DOESN’T freak out about a B?

That’s right, Little Pete. He doesn’t whine, he just GETS IT DONE. He doesn’t panic about getting into “the college of his choice.” He fights back against injustice. He turns the tables in dodgeball. He mounts an organized rebellion against an oppressive bus driver. He resists the system. And he wins.

Do you want to date some establishment stooge or the leader of the rebellion? I know what choice I’d make.

In Rangeboy, Big Pete’s dad gives him a job driving the ball picker upper thing at the family driving range. Big Pete is OMG SOooooooooo EMBARRASSED to do be doing this dead-end job that he wears a bear suit every day just to hide his identity.

Man up, dude. It’s a job that doesn’t involve a nametag OR a hairnet. AND you get to drive a vehicle. AND it’s temporary.

Ladies, this is not the kind of guy who will support your dreams. He will not make dinner two nights a week so you can work late. He will not chop wood for a fire. He will not do his own laundry. He will get a man cold and stay home from work and complain for 2 weeks.

4) Little Pete knows how to express his emotions.

In Day of the Dot, Pete brushes off Ellen’s advances because he’s “not sure how he feels about her.” Then some letter jacketed sports douche sidles up to her and suddenly BP MUST HAVE HER. Weak. At the end of the episode, Pete comes through with a big romantic gesture in the middle of Ellen’s star performance in the marching band competition (which totally ruins it — way to support your girl’s dreams).

Little Pete doesn’t toy with people’s emotions. He loves Artie. He loves his family. When he doesn’t like someone, they know it. Honest. Uncomplicated. This is what you want. Not some game-playing bro who can’t decide if he actually likes you. 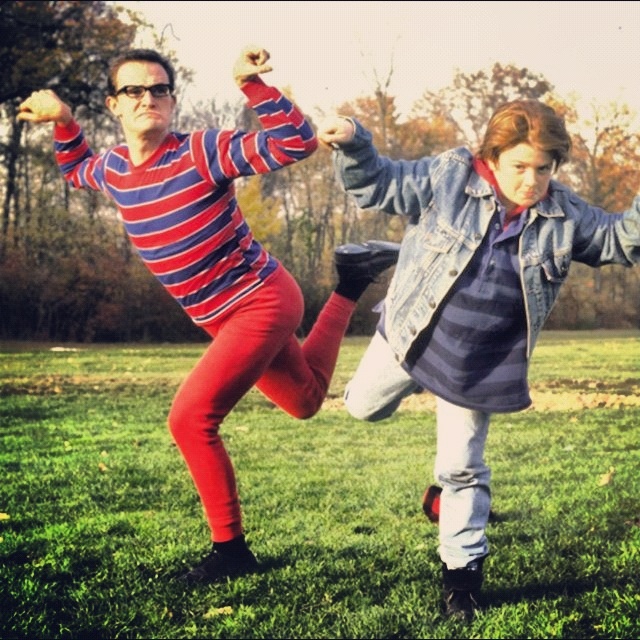 5) Little Pete Loves Music, Big Pete Plays Sports
Last but not least, a good boyfriend must appreciate music. Does BP like music? Maybe as much as any teenager does. But Little Pete LOVES music. He formed a band purely to protect the memory of his favorite song. Meanwhile, Big Pete….