The Accountant: They Made Good Will Hunting 2: Hunting Season 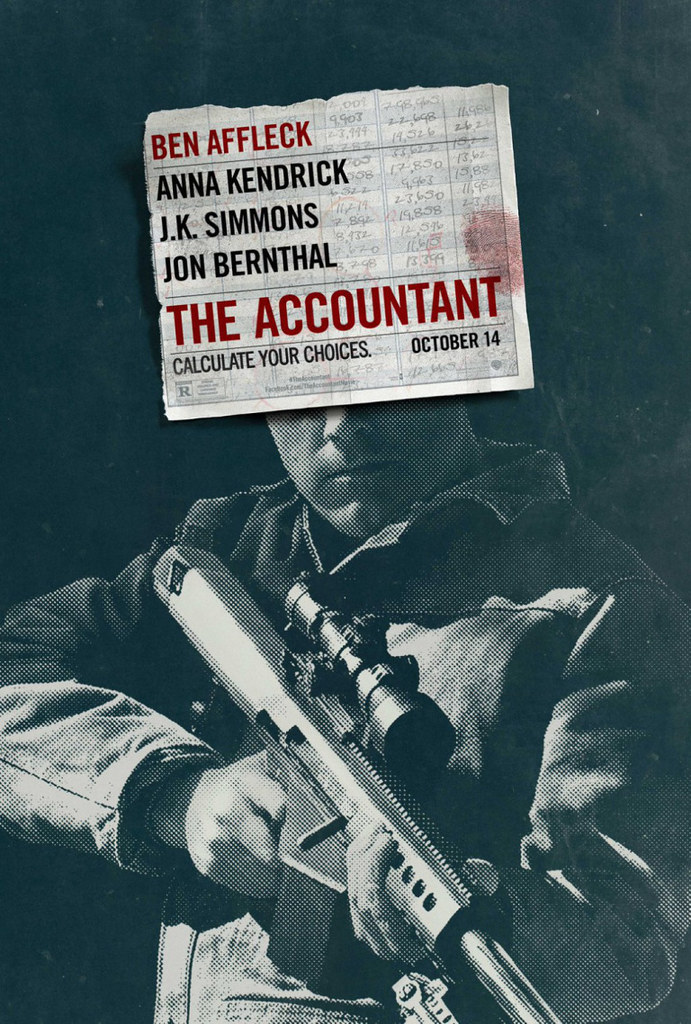 We saw this movie a few weeks ago, but good luck trying to see it now. It’s a movie about a morally gray accountant whose special genius abilities (including some cold blooded killin’) are tied to his… autism. So basically this is a movie everyone will want to forget that they made. Ben Affleck is probably editing this off of his IMDB right now. An air plant will last longer than this movie will stay in theaters. 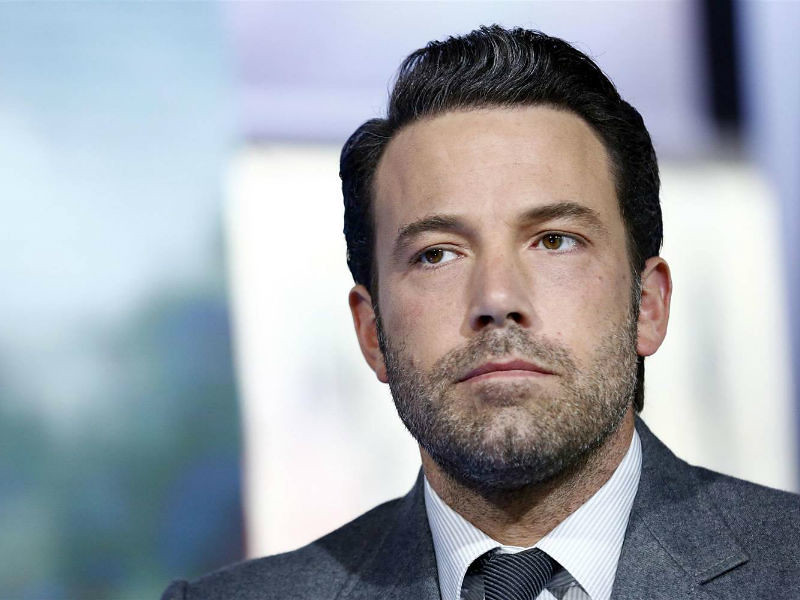 Please forget about this movie.

The movie opens with a scene where Ben Affleck (the titular ‘accountant’) is meeting with an elderly couple in his sad little tax prep office. It’s been a bad year and the couple might lose the house. Ben says a bunch of rude stuff and seems like he’s not paying attention, but then he gets a glimmer in his eye (an idea!) and starts walking his clients through some good old-fashioned tax fraud. I can tell by the strings in the score that this scene is supposed to show us that Ben is super genius or something. Except that the brilliant tax scheme he comes up with is…. “writing off a home office.” 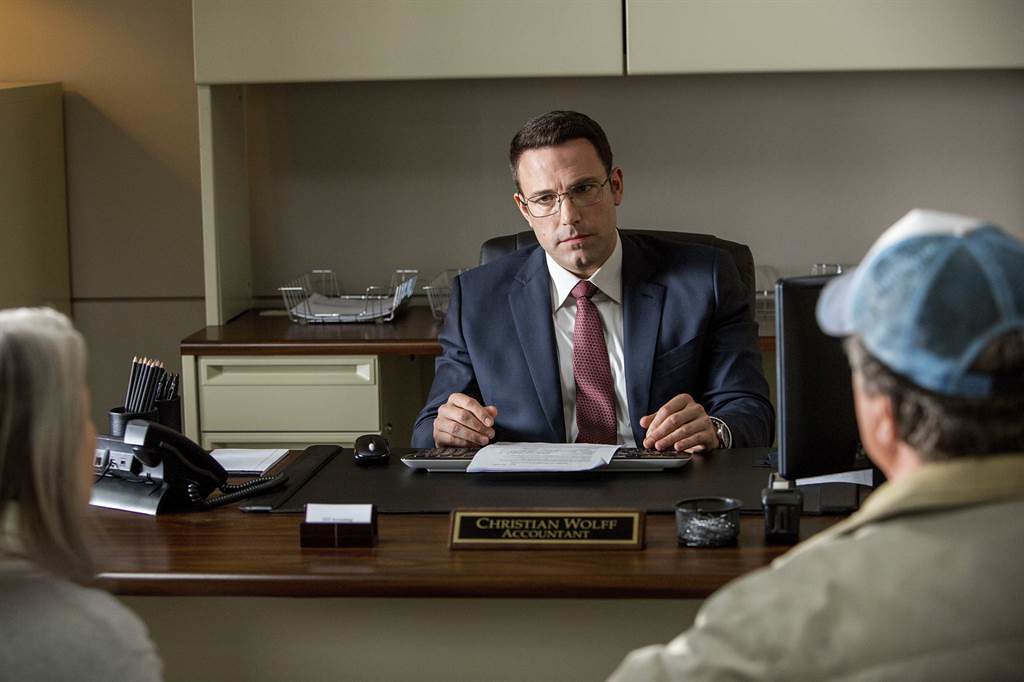 Um, first of all everybody knows about that. It’s in an H&R Block Commercial. So it doesn’t really count as a super smart idea that only an accounting savant could come up with. Second of all, anyone who knows a teeny tiny bit about taxes knows that a home office is a major audit flag. Most accountants will tell you NOT to do. But okay, Ben saved the day with his super smarts. Let’s go with that.

So it turns out that the little tax prep business is a front for Ben’s real business, which is high level accountant work for big baddies like the mafia. He’s evaded capture for years by using fake identities provided by his secret partner in crime (a woman who we only hear over the phone).

So there’s Ben, and then there are the two detectives trailing him. 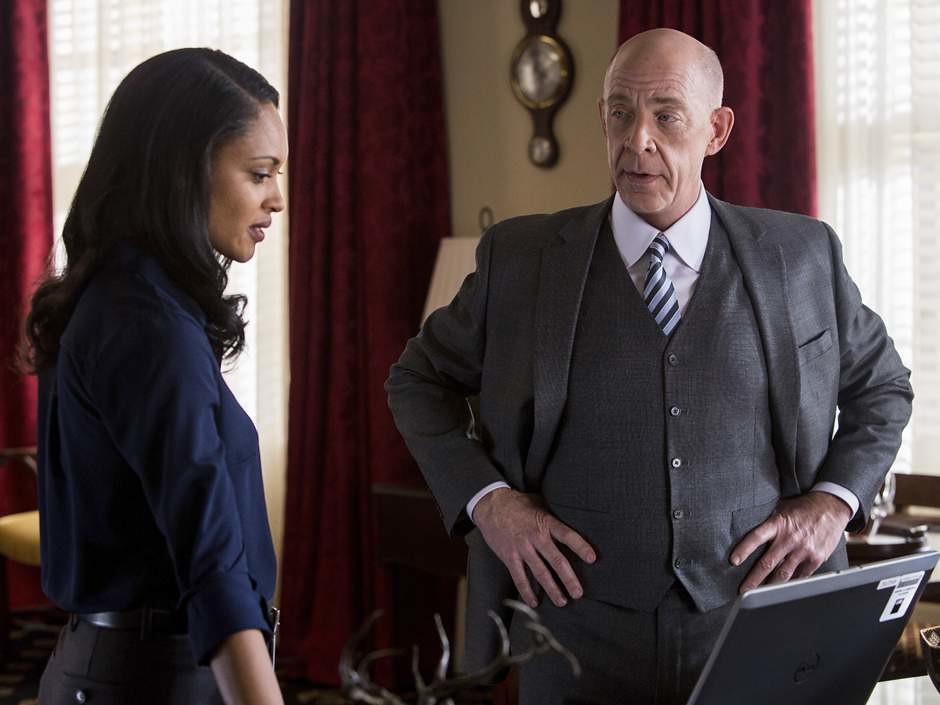 Actually they’re some sort of specialized investigators of tax stuff, but really who cares. This movie has a lot of complicated nonsensical stuff in it already. Let’s keep this basic: this is a cop movie plot, the characters are Nearing Retirement Cop (played by the guy from the the Farmers commercials) and Rookie Cop (played by an actress who’s been in a lot of Law and Orders). Oh, and there’s a weird blackmail plot between the two of them that’s too dumb to remember/recount.

Production note: This screenplay was written on a computer without a functioning delete key.

Ben’s plot is that he has a new job working for a Google-esque tech company. A young accountant (Anna Kendrick) has found a discrepancy in their books and they need a brilliant accounting consultant to untangle the fraud. Is it the CEO (John Lithgow, apparently taking a break from chicken commercials)? The CFO? Why is a Ben doing this job if he only works for criminals? How would he even get a reference if he’s always changing identities? Who knows? Who cares?

So Ben starts analyzing years of financial records of Not Google. We get lots of hilarious scenes that attempt to make accountancy seem cool. I was waiting for a computer-heavy scene like you get in hacker movies, but since financial and tax stuff in still paper-driven, it’s mostly Ben sitting in a conference room with folders and highlighters and a furrowed brow. 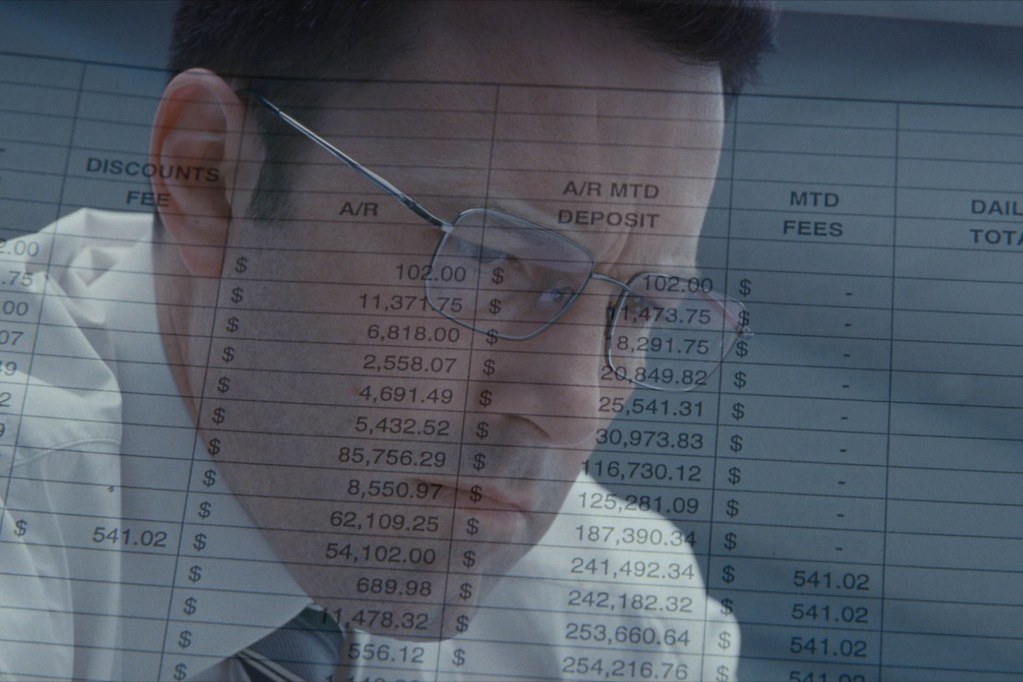 Apparently Ben’s work at Not Google has made him some enemies. A bunch of bad guys attack him and he kills them in an assassin-y way. The violence is weird and intense for a movie this dumb. Now you’re like, “Ohhhh, that’s why the Detectives are after him.” Then the bad guys come after Anna Kendrick and Ben Saves her. The game is on.

Mental Health Corner: We get periodic flashbacks to Ben’s troubled childhood and how growing up with autism Was Not Easy. I should note that Ben Affleck’s character is basically whatever they need him to be at a given time. He’s a sociopathic killer who lacks emotion when the script needs an anti-hero, and he’s a parody of an awkward nerd when they want his relationship with Anna Kendrick to have sexual tension.

They also have him beat himself with a stick sometimes (?) I don’t even know. They’re probably going to get letters for some of this stuff.

Summary: Why Is This Movie Bad:
The first half of this movie is silly and ridiculous. But the core badness is contained in the second half, which Mr. Max likened to aviation before the Wright Brothers.

How did it crash and burn so spectacularly?
1) The cop plot. On the surface, this is a totally respectable framing device. Rookie Cop and Nearing Retirement Cop are recognizable tropes. Yet something about it seemed really odd. It took me a few days after seeing the movie to realize that it’s that Ben Affleck NEVER appears in the same scene with the cops. Like, ever. I think we can all agree that even bad movies generally have the principal actors in at least a few scenes together. It makes me wonder: Did they decide to expand the cop plot after test audiences were all like, Ben Affleck is creepy in this movie? Maybe Ben didn’t want to come back for additional stuff, so they just filmed a bunch of cheap scenes in Canada or something? I don’t know, but it’s bizarre.
2) John Lithgow’s Dr. Evil Speech. Spoiler alert, John Lithgow ends up being the source of corruption at Not Google. He reveals his involvement with a campy “I did it!” monologue. Do people even do this in movies anymore? I thought this died with 1960s Bond movies.
3) “He Ain’t heavy, he’s my brother.” So, Ben Affleck’s main bad guy adversary ends up being… his long-lost brother. I called this after the second flashback sequence because I have expert level insight into terrible trash writing courtesy of Lifetime movies. But… really? 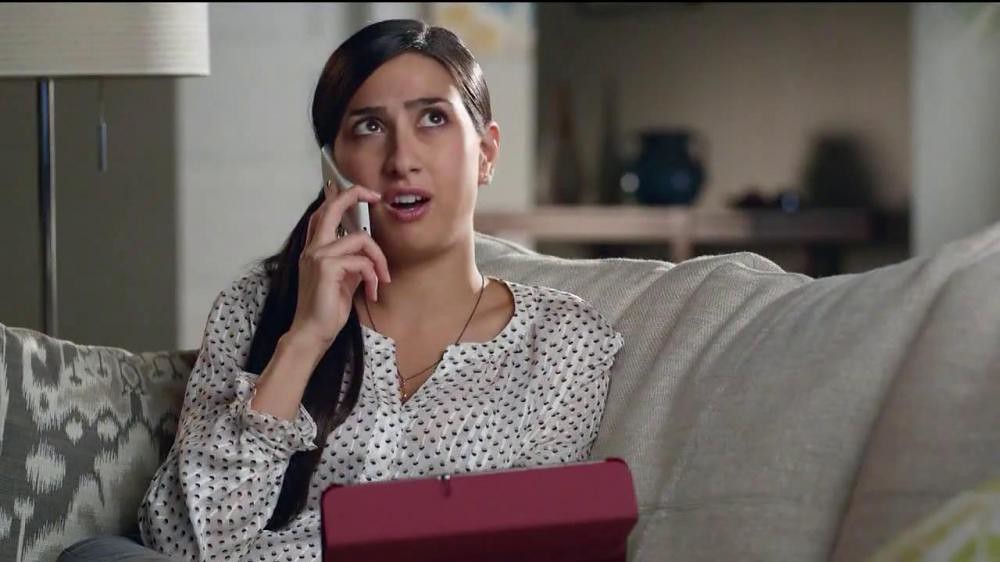 And last but not least, we have 4) The Preposterous End Reveal which undoes the ENTIRE movie. In the last fifteen minutes we learn that 1) The detectives were NOT actually searching for the evil accountant — well, Rookie Cop was, but Nearing Retirement Cop was actually secretly working with him. 2) Ben Affleck is really a Robin Hood type who’s tattling on his bad guy clients to the cops. Apparently the cops looked the other way about him killing a bunch of people because… all the people he killed were bad? And 3) Ben Affleck used the money from his (actually noble) criminal enterprise to fund the autism program he briefly attended as a child. And the secret lady accomplice? His nonverbal childhood friend. I dunno guys. I just don’t know.

Mr. Max likes to remind me that I picked this seeing this movie over Arrival. I deny responsibility. 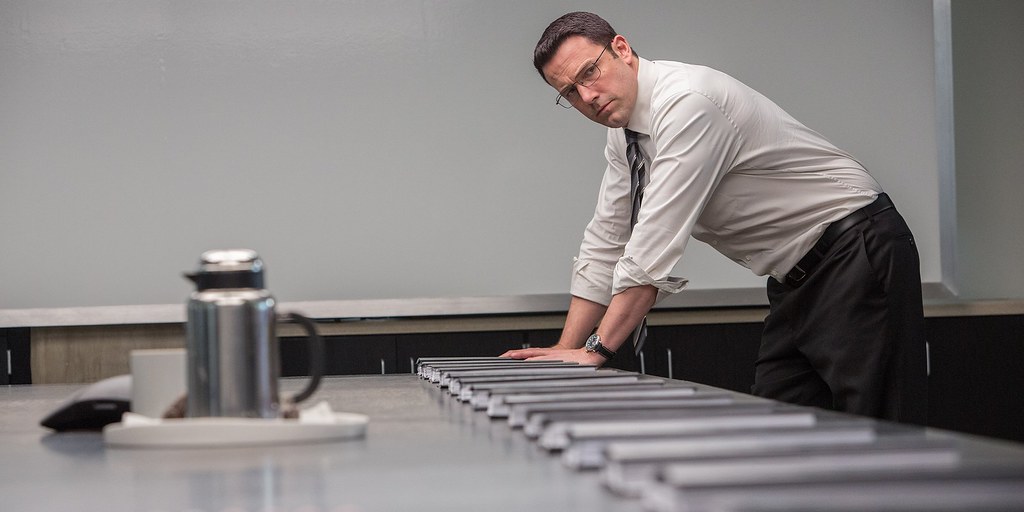