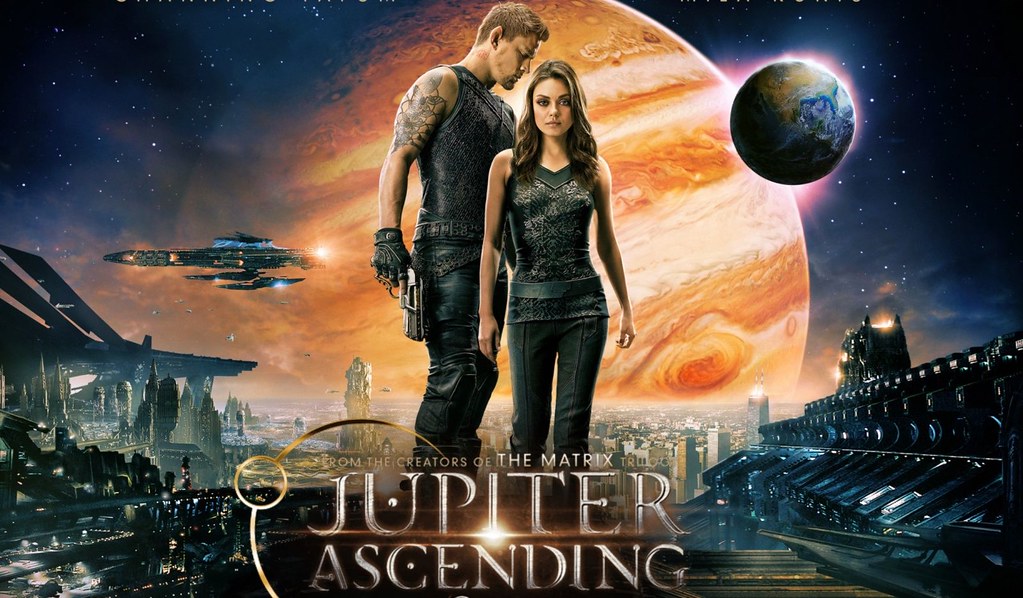 Film is dead. Okay, well maybe not dead. But it’s near death. Like a circa 2006 Blockbuster Video, the film industry is in the phase of downfall where it still technically exists but no one remembers that it’s there. Until the Academy Awards roll around and everyone’s like huh right, yeah. And then we all forget again.

My nostalgia for the golden age of mainstream cinema is probably what compelled us to go see Jupiter Ascending. And there is no more perfect analogy for the fall of the film industry than this movie! The once proud Wachowski’s — architects of the first Matrix movie (the others don’t exist to me) — have been reduced to making an extra long episode of Stargate:SG1. This, combined with the fact that Hollywood just made a Hot Tub Time Machine 2 means art is officially dead. But here’s the good news: movies are now so bad that they’ve circled back on themselves and become great again! You know, ironically.

The first thing you need to know about Jupiter Ascending is that it is a “splice” (to use the movie’s own goofy jargon for genetic hybrid) of every space, sci-fi, and fantasy movie you have ever seen — ESPECIALLY bad, recent ones.

This is actually a remarkable creative achievement. They’ve managed to make a single (somewhat cohesive) film just by combining elements from the more recent Star Wars movies, Guardians of the Galaxy, Twilight, that bad Matt Damon movie with the thing orbiting over earth, that bad Tom Cruise movie with the clones, and the other bad Johnny Depp clone movie. Except everything is a little bit dumber. To give you a sci-fi analogy, if those other movies are Star Trek, this movie is Star Trek: Voyager (burn).

Some important plot details: Mila Kunis is a secret space princess. Channing Tatum has magic flying space boots. There’s throwaway dialogue about Channing Tatum being a wolf hybrid that reminded me a lot of the scene in Dark Shadows where the daughter says “I’m a werewolf, deal with it” and they don’t mention it again for the rest of the movie. For no reason, some of the aliens look like crocodiles. I could go on and on. The plot is like a never-ending clown car where every clown that comes out is a ridiculous idea.

The second thing you need to know about this movie is that you really should see it. This is not a depressing bad movie (e.g., Snowpiercer) — it’s dumb, entertaining, fun, harmless… did I mention how dumb it is? You will love it . Trust me: I was in the theater for The Wicker Man — probably the best bad movie since Troll 2 — and it was glorious. It was opening weekend so everyone went in expecting a spooky thriller. Within the first ten minutes, the audience course-corrected and began openly mocking the dialogue and laughing at facial expressions and music cues. For a brief moment, I imagined a future where mankind could work together in harmony. You do not want to miss an experience like that.

If you’re on the fence about forking over $15 to see this in theaters, please PLEASE check out The Mary Sue’s amazing and inspiring review of this wonderful, terrible movie.