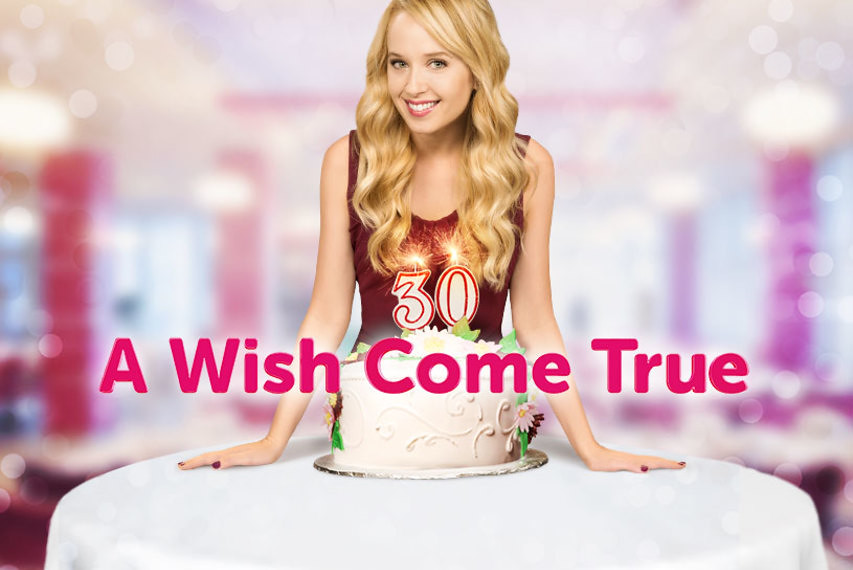 I’m about to say something controversial.

The Hallmark Channel is the new Lifetime.

I know what you’re thinking: The Hallmark Channel? Isn’t that like the Disney Channel for grown-ups? Well kind of but let me explain.

As I hinted in my Unauthorized Saved By The Bell review, I’ve been losing patience with Lifetime’s recent ironic self awareness. Casting Lindsay Lohan, re-making Flowers in the Attic, live-tweeting premieres… it’s a little try-hard. Besides, it’s taking all the fun out of actual, sincere hate watching.

Over on Hallmark, there’s no hype because there’s no one is pretending that these are “real” movies. Hallmark movies are straight-up filler and they know it. They’re as honest and pure as they are entertainingly dumb.

Case in point: A Wish Come True. I tuned into this one 15 minutes late and they hooked me as soon as the hip young protagonist started listening to messages on her answering machine. Answering machine, you say? When is this movie from, 1998? No! It was made this year. I have no idea. Maybe the preview will explain it.

The plot is fairy tale weird: On the night before her 30th birthday, lead girl Lindsay makes a birthday wish that all of her previous birthday wishes will come true. 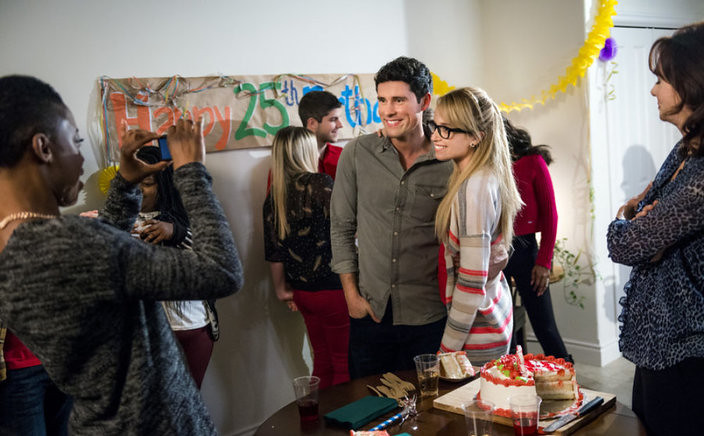 I hoped this would trap her in an infinite wish loop, but instead she just loses weight and wins a bunch of money in a sweepstakes. Oh, and her eyesight gets better so she doesn’t have to wear her big old nerd glasses anymore . Now she’s hot, Janey Briggs style. No one else seems to think that the fact that her wishes are coming true is maybe a little bit unusual. Yeah! Now she can buy her tacky dream home.

Dialogue corner: When the sweepstakes dude is telling Lindsay about her winnings, he says, “Here are the keys to your brand new luxury car.” Like, not the specific make or color or anything. He just calls it a “luxury car.” It takes a gifted writer to inject awkwardness into a scene this straightforward. It’s like being able to trip yourself with your own foot.

Next there’s a scene where Lindsay bumps into a historically-dressed dude and looks up to say, “Prince Charming?” and he nods and winks. That’s when I knew I was in love with this movie. But wait! The guy is just like one of those Liberty Tax street mascots or something. Haha, fate has a sense of humor or something.

It wouldn’t be a treacly wish fulfillment fantasy unless Lindsay lands a dream job, so she’s promoted to a fancy position at Generic Company That Cares, where they do something admirable related to the environment. On her way to work, she gets into a nasty argument with some judgy stranger about the ethics of driving a Humvee or whatever (her sweepstakes car, which she’s attempting to sell). Cut to the big office team meeting, where she’s about to get introduced to one of their biggest investors and… you guessed it, it’s the judgy stranger.

This segues into flirting because all lady romance movies think arguing with a dude = true wuv. But wait! What about Lindsay’s childhood friend Dave, who’s obviously pining away for her in secret? Oh, him? “Why, we’re practically brother and sister,” she says because this movie has strict orders to stay within established romance movie guidelines.

Now there’s a scene in a bar where Lindsay and her friend meet Dean Cain, who’s playing himself because this is as weird as we can make it. Lindsay realizes it’s a wish because she’s the biggest fan of The New Adventures of Superman, even though that’s not actually a thing. I had forgotten about the whole wish thing by this point of the movie, so I was kind of like, “Huh? Oh, right” during this scene.

Judgy Investor Guy invites Lindsay to a charity ball and she blows off childhood pal Dave to go. 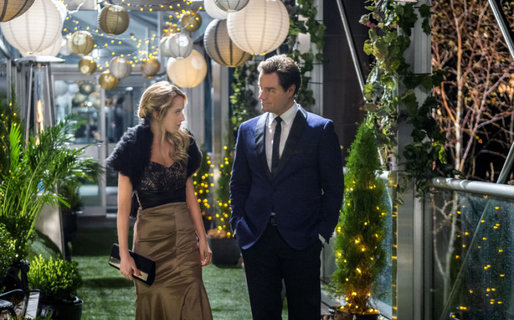 Dave gets all mopey and reminds Lindsay that she didn’t used to “need wishes to be happy.” Way to rain on the poor girl’s parade, Dave. Later, Lindsay has a romantic dinner with Judgy Investor Guy and he nitpicks her table manners. How will she ever be able to choose between these two charmers? Then Judgy Investor Guy acts all grossed out by her puppy and we know Dave’s gonna be our Prince Charming. Thou shalt not shun puppies on Hallmark.

A whole bunch of boring stuff happens at work, and Lindsay is working on pitching some solar panel project with Dave as her partner. I guess this is their dream that they’ve been working on together for a long time? I don’t know, I missed that part. Judgy Investor Guy gives her advice on the presentation that amounts to “compromise your values” and she takes it. The proposal is a success but Dave is understandably pissed. Lindsay goes with Judgy Investor Guy but realizes that she should really be with Dave and makes one last wish. Oh, right. The wish stuff again.

Dave plays hard to get, but Lindsay tags along on his rock climbing expedition without any training. That’s enough self-flagellation to be romantic, so he says yes.

It’s a happy ending, but all Hallmark movies are required to end in a saccharine explosion. MORE ROMANCE! The Hallmark viewers shout, so we cut to Lindsay and Dave’s future wedding. NOT CUTE ENOUGH! The Hallmark viewers squeal, so we get a shot of Lindsay’s golden retriever at the wedding. Then Lindsay says something theme-y about the wishes which we had all forgotten about. Oh, right.