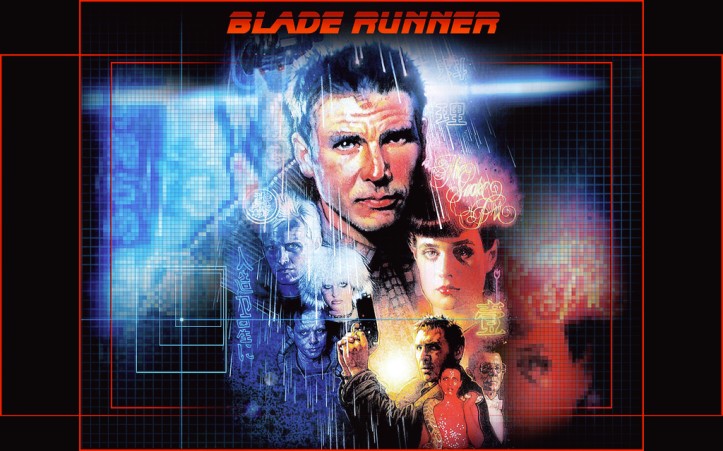 A while back. I dragged a group of friends and coworkers out to one of those retro movie nights at the local theater. They were showing Blade Runner, a celebrated sci-fi masterpiece that I’d never seen. A modern classic according to pretty much everyone.

It was gonna be great! And for about the first 5 minutes, with those wide expansive shots of a futuristic city and the retro synth score, it was. Then the plot started and I wanted to be out of there faster than a Beatles fan skips over ‘Yellow Submarine.’

I searched the Internet for ‘Blade Runner overrated’ and found no significant results. What?

I took to Twitter and was quickly rewarded. I can always count on Lena Webb:

But Twitter isn’t enough – there needs to exist a full-length article that breaks down the badness of this absurdly overrated movie. So, like the kind souls on Stack Overflow who add helpful things to the Internet for no reason other than pure altruism, I’m going to make the world wide web a better place with this:

1. It is not Logan’s Run.
10 minutes into Blade Runner, I was already confused. What’s this crap about replicants? Isn’t this the movie where they kill everybody before they turn 30? Wait – is it the one about memory implants?
Answer: Neither. Because both of those movies (Logan’s Run and Total Recall) are about actual things, and Blade Runner is about nothing. Okay, fine, I guess it’s about ‘replicants’ but we only know what those are from a one-paragraph title crawl. Mostly it’s about nothing.

Here’s the thing with sci-fi movies: the sci-fi piece is usually just a backdrop. It’s a way to present a dark mirror of our current world, or make a statement on how society might progress in the future. When you take away the spaceships and tricorders, that’s usually the point. When all you have are noir-esque visuals, there’s nothing meaningful or memorable about the movie.

Even if she’s pretty!

2. It will ruin your crush on Han Solo.

If you’re a lady of a certain age, you probably developed a fondness for Harrison Ford via the likable scoundrel Han Solo. Well get ready for Blade Runner to kill your crush dead because Harrison Ford is GROSS in this movie. But, you ask, “It’s Harrison Ford, the lovable carpenter! How is that possible?” I know. It’s hard to believe. But he’s a bad, bad dude.

3. The character was written by Michael Scott.

Remember that episode of The Office where they made a movie from Michael Scott’s terrible screenplay, Threat Level Midnight? And they had Jim play the part of the villain? And Instead of being a normal take-over-the-world type villain, they had him talking about weird dark shit like humping a corpse? The joke is that Michael Scott was too dense to know that necrophilia is, like, way over the line even for a villain. That’s how it is with Blade Runner. You can tell that the writers were going for a rough around the edges anti-hero. So… they had him smoke cigarettes… 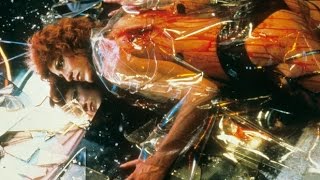 No, Michael Scott. Just no.

This leads me to my next point:

4. It has a problem with protagonists. And women.
So, given that Harrison Ford is AWFUL in this movie, who is the protagonist? Is there even one?

Some background: The basic plot is that Harrison Ford is a detective brought out of retirement to catch some on-the-run replicants. The replicants are like android slave type things that look human. Okay. So we’re watching the detective go about his gritty investigating, until he catches one of the replicants- a half naked, unarmed prostitute — and shoots her in the back AS SHE IS RUNNING AWAY.

This was the moment where I was 1000% sure the movie was going to completely shift: Ford would be revealed as the real villain and the innocent replicants would become our protagonists. A bait and switch — like how the dude in I am Legend was revealed to be the real bad guy at the end. So imagine my surprise when instead we stayed with Harrison Ford:

I can’t even begin to described how deeply fucked this movie is about women. At the top of the list of gross things is the skin-crawly combination of violence against women and naked dead body ogling. At the bottom is the personality-free “love interest” character. In the middle is the super rapey scene where Ford traps said love interest in his apartment and force-kisses her.
Seriously, guys. I know the outfits are cool. I know the cinematography is striking. And who doesn’t love 80s synthesizers? But – come now – this movie is totally the worst.

5.It is actually quite boring.
Look, I have a lot of patience for pacing. I like plenty of slow, arty shit. But this movie CRAWLS.

As evidence, the ‘enhance’ scene:

This scene is over 2 minutes long. And everyone in the audience can spot the stupid thing in the photo that he’s ‘enhancing’ in the first 30 seconds. Why does he have to say ‘enhance’ like 100 times? Is it purely to make this scene take as long as humanly  possible?

6. Underneath the glitz, it’s a bad Rutger Hauer movie.
In our post-film parking lot skull session, Mr. Max hit on the truth: Blade Runner is nothing but a dressed up Rutger Hauer movie. Hauer was in a whole bunch of garbage films throughout the 1980s, usually playing the same spooky bad guy in basically the same way. And this is no exception! He just does crazy eyes and hops around. And Daryl Hannah does gymnastics moves in a fight sequence. Does that sound like something that happens in an acclaimed sci-fi masterpiece? Or some straight to VHS trash? 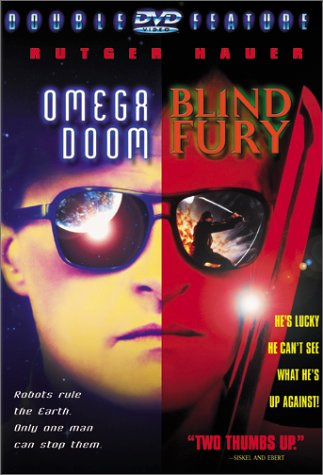 You know the answer.